Governing Rules: Except for the special rules listed below, HCYP Basketball Middle School and Travel League games will be governed by the current published National Federation of State High School Association (NFHS) basketball rules and regulations.

Bench Personnel:  Teams may only have one head coach and two assistant coaches on the bench at any time.  Per rule, only one coach may be standing as the game is being played.

Eligibility: Middle School players must attend the school for which they are playing, attend a private school located within, or are home-schooled for the zone that applies to the school’s team. If a player is not selected to play for a designated school team, they may be selected to play for the league’s Howard United basketball team.

OVERTIME: One, two-minute overtime period shall be played if regulation ends in a tie. The clock stops on all whistles.  One timeout per team;  If the score is tied at the end of the overtime period, the game shall be recorded as a tie.

HALFTIME: Three-minutes. May be shortened by the referees to make up for time.

NO PRESS RULE: When a team is leading by 20 points or more, the leading team must allow the opposing team to advance the ball past the half-court line without pressure (no pressing). This includes any interference with the path of the ball (stealing) while it is in the backcourt. This rule applies immediately once the ball is legally controlled by the team that is behind.

RULES INTERPRETATION: The game officials are the sole arbiters of the rules governing game play and conduct. Any disagreement with a referee’s call(s) or rule decision(s) may not be argued by any coach, staff, spectator or other participant. Respectful requests for clarification are permissible. Any hostile approach towards a referee before, during or after a game will result in sanctions against the aggressor including suspension or expulsion from the game and or future games per HCYP Basketball regulations. All complaints about game officials must be lodged only with the HCYP Basketball Middle School & Travel Commissioner and/or the Director of HCYP Basketball Operations.

HEALTH & SAFETY: All coaches must ensure their team’s compliance with HCYP Basketball’s health and safety protocols, including distancing, wearing of masks, entry and departure. Failure to do so can result in ejection from the game and the gym and gym facilities after first being warned by any HCYP official including referees. 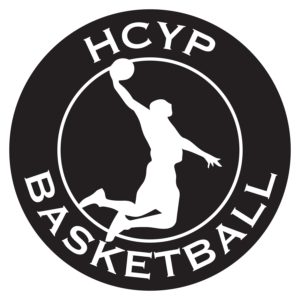